One of the built-in assumptions of the DARK SUN setting is that powerful heroes will want to change and reshape the world, to return it to its former verdant glory. The preserver metamorphosis—the process of a powerful wizard turning into an avangion, a being of life and hope—requires the creation of unsullied forests, and even the elemental lords that are patrons to clerics want the world to return to a state in which the elements have a stronger balance, so that they can all thrive. The element of Fire is explicitly called out as desiring the return of great forests, so that there is more to burn.

A Brief Ancient History of Athas

In Athas’ distant past, the world had a Blue Age, an era in which a blue sun looked over an aquatic world full of verdant life. An algal bloom, the Brown Tide, threatened to destroy the oceans, and was fought by the use of powerful life-shaping to create the Pristine Tower, a monument of life-shaping that also absorbed power from the sun. The sun changed from blue to yellow, destroying the Brown Tide but also ending the Blue Age. The civilization of the age collapsed and new beings were born from the malleable influences of the Pristine Tower, giving rise to elves, dwarves, humans, and others.

When the sun changed to yellow, Athas’ ecosystem changed, and the Green Age began. Oceans retreated and forests and savannahs expanded. Upheavals in society led to the formation of independent city-states, looking to their own welfare. Into one of these city-states was born Rajaat, who discovered the secrets of defiling magic and sought to find a way to revert the world to its former state.

Rajaat raised Champions and conducted the Cleansing Wars, all with the ultimate goal of returning Athas to its former glory by eradicating the species created by the Pristine Tower and handing over ultimate power to the few remaining halfling life-shapers. Rajaat hid his goal even from his Champions, knowing that they would never willingly give power over to the halflings after conducting their genocidal campaign. Of course in the end the Cleansing Wars largely fail and Rajaat is imprisoned in the Hollow. The use of massive defiling magic led to the collapse of the environment, turning the sun red and ushering in the Brown Age.

You Can't Go Back

With that Athasian history lesson behind us, what was Rajaat’s goal? To turn back the clock—to wipe out everyone but the halflings and return the world to their stewardship, with the hope that they would make things right. Rajaat wanted to go back to the way things were before, to Make Athas Great Again. But you can’t go back. The old days are just a memory, and a gilded one at that. Rajaat can’t turn Athas back to a blue ocean paradise any more than he can un-make defiling magic; the genie is out of the bottle and will not return.

So why should heroes be any different? Turning the world back into a forested realm—a rebirth of the Green Age—is a tall errand. Reclaiming the massive desert is the work of many lifetimes, work that will be constantly interrupted by enemies and by shifts in the ecosystem. And the ecosystem has moved on; the thri-kreen of Athas are supremely adapted to savannah and desert, and would be displaced by humid forests where their jumping abilities are of limited use (because there are all these trees in the way!) and they are at constant threat of fungal rot. So trying to make the world back into the way it was before is not only difficult and dangerous, it presents an existential threat to some of the people who are left. Of course a preserver might decide to just create their own little corner of paradise, to have a small forest refuge out in the midst of nowhere, but then what good are you doing if you have this incredible magic and you’re not using it to help anybody?

Life in the Desert

In our own world, there are many examples of societies that have lived by xeriscaping—by shaping the desert environment for their needs—or simply by adapting to the desert. The indigenous people of Australia and the western and central parts of the Americas are all desert survivors, as are the people of the central deserts reaching from the Mediterranean and east toward Mongolia or south into Africa. Life flourishes in these places by adapting. Just like the characters of a DARK SUN game learn to find water, to find shade, and to find food in the desert, so too do people of our own world. Adventure gaming in general comes from a long narrative of western European- and American-inspired stories, so players are used to thinking of deserts as deathly places, while forests are places of life; this thinking permeates the DARK SUN material as well. But deserts, too, can support life. Indeed, the great city-states of Athas are modeled upon cities of the ancient world that were likewise often built in desert biomes, able to grow to great size because of a ready source of water but otherwise in parched rocky badlands or even in places now overrun by encroaching sand dunes. The great cities of ancient Mesopotamia were built along watersheds in the middle of the desert. 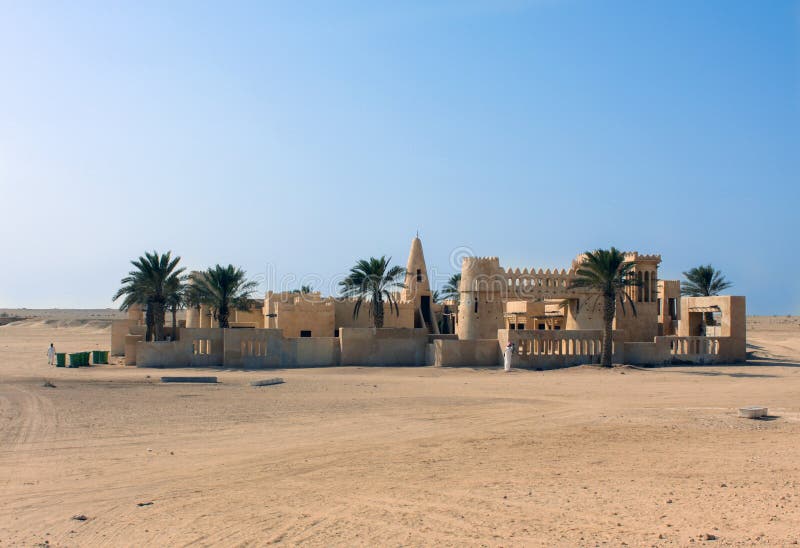 It’s pretty clear that the city-states in DARK SUN have plenty of resources. Most of the city-states support tens of thousands of people, with nobles and sorcerer-monarchs in verdant gardens, with wells and mud flats providing water and arable land, and with enough supplies to support life for everyone and abundance for a few. The problem is not a lack of resources: it’s unequal distribution of those resources. Nobles, merchant-princes, templars, and sorcerer-monarchs all hoard wealth, while masses of people scrabble for daily survival. Clearly, even in the desert ecosystem, the city-states can provide; the rulers, however, choose to keep people living in desperation—perhaps because desperation makes them more compliant, as they will do anything for another day’s jug of water.

So perhaps the quest for the preserver, or the druid, or the elemental cleric, is not just one of magically making the world into a bright forest again. Instead their quest is one of learning to reshape the ecosystem merely as a prelude to reshaping society—and that’s work that anyone can do. You don’t have to be a magician to teach people how to live together. You don’t need an elemental patron in order to overthrow despots and make a society that values all of its members, and brings them together to work for a common cause. That’s the kind of change that has to happen, ultimately. What happens if you make a great oasis or forest in the middle of the desert? A perfect magical paradise? Refugees will flock to it from the other city-states. Merchants and laborers will come, hoping to become rich by exploiting its verdant resources. Defilers will come, hoping to use its life-force for their magic. And the sorcerer-monarchs will come, because any place that upsets their status quo, any place that offers hope for a better life, must be destroyed lest it leave their city-states in turmoil, with people fleeing to a new home. Thus the creation of a new paradise on Athas goes hand-in-hand with the war to keep it safe, and with the shaping of a new society that eschews the resource-hoarding and autocracy of the rest of the world, because ultimately any new resource-rich place will be exploited and destroyed if it is not protected.

In the end, the heroes of Athas must overthrow the sorcerer-monarchs, and find a new, better way to live, because Athas does give enough for life—it is merely exploited by the wealthy and the power-hungry. Perhaps turning back the clock to a previous Green Age or Blue Age isn’t the answer. Make the world rich in resources, and those resources will just be hungrily sucked up by the powerful few who insist on controlling them all and thereby controlling the masses. Perhaps it’s time instead to remake Athas as a world where scarcity is no longer created by hungry dictators and social-climbers, where instead people respect their environment and each other so that everyone can survive.

A bit of a parable for our times.
Collapse